Dr. Chris Andersen (Michif) is a Professor, and the Dean of the Faculty of Native Studies at the University of Alberta. He is the author of two books including, with Maggie Walter, Indigenous Statistics: A Quantitative Indigenous Methodology (Left Coast Press, 2013) and “Métis”: Race, Recognition and the Struggle for Indigenous Peoplehood (UBC Press, 2014), which recently won the Native American and Indigenous Studies Association’s Best Subsequent Book Award for 2015. With Jennifer Adese, he also co-edited the recently published A People and a Nation: New Directions in Contemporary Métis Studies (UBC Press, 2021). Andersen was a founding member of the Native American and Indigenous Studies Association Executive Council and is editor of the journal aboriginal policy studies. In 2014, he was named to the Royal Society of Canada’s College of New Scholars, Artists and Scientists’ inaugural class.

Darryl Fillier have served as an educator for more than 30 years. In 2005, he assumed the role of a curriculum developer with the NL Department of Education. Since 2013, Darryl has also taught undergraduate and graduate courses at Memorial University in the areas of social studies pedagogy and problem-based learning.

Kevin Kee is Dean of the Faculty of Arts at the University of Ottawa. He started his academic career at McGill University, where he served as Assistant Professor, and Director of Undergraduate Programs (Department of Integrated Studies in Education). He has also served as Project Director at the National Film Board of Canada, and Associate Vice-President Research at Brock University, where he held a Canada Research Chair.

Maude Lamoureux is an Education Consultant for Fédération des établissements d’enseignement privés du Québec (FEEP), which has 244 school members across the Province of Québec. She holds a master’s in school administration and previously was an elementary school teacher for 17 years. She has expertise in culture of learning, innovative and inclusive pedagogy as well as ICT integration.

Lynn Lemisko is a professor in the Department of Educational Foundations at the University of Saskatchewan. Lynn has taught students in grades four to nine and post-secondary students taking courses in Canadian and European history, social studies education, and the history of education. Her current research includes investigations into the history of teacher education in Canada.

Jocelyn Létourneau is Professor of history, Laval University, Quebec City. During his career, he has been a fellow of the Institute for Advanced Study (Princeton), of the Collegium de Lyon, of the MacMillan Center (Yale) and of UC Berkeley, among others institutions. He received research prizes from the Trudeau Foundation and ACFAS. A member of the Royal Society of Canada, he just published La Condition Québécoise. Une histoire dépaysante (Septentrion).

Benjamin Lille is an Education Consultant for Fédération des établissements d’enseignement privés du Québec (FEEP), which has 244 school members across the Province of Québec. He holds a bachelor in teaching and previously was a social science high school teacher. He has expertise in culture of learning, innovative and inclusive pedagogy as well as ICT integration. 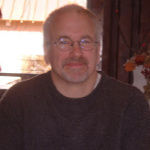 Ian McKay, Ph.D. (Dalhousie), F.R.S.C., L.R. Wilson Chair of Canadian History, has taught at McMaster University since 2015. His books look at tourism and history, militarism and commemoration, liberalism and neoliberalism, and the Canadian and global history of social justice movements. He directs the Wilson Institute for Canadian History, which is committed to rethinking Canadian history in a transnational framework.

Matt Russell is the lead teacher for social studies at the Western Quebec School Board in Gatineau Quebec. He has a master’s degree in pedagogy, curriculum, and assessment. In his teaching career, Matt has piloted new history curricula in Quebec, been an instructional leader and coach, and presented workshops at many conferences.